This paper argues that by adding the character of a pianist to Zweig’s novella about a man reading a letter from an unknown woman who tells him about her love for him and recalls their several meetings, Ophuls emphasizes the novelist’s interest in his heroine’s secret ‘stream-of-consciousness’. Lisa Berndle (Joan Fontaine) is in love with a pianist called Stefan (Louis Jourdan) who plays Liszt’s Sospiro. Though they meet several times and Lisa has had a son by him, he has always failed to recognize her. The film uses Lisa’s voice-over speaking some passages from the letter, in parallel with flashbacks of the scenes themselves. The film suggests an ambivalent meaning of the influence which Liszt’s music has on her imagination and emotion: it both causes her destruction and gives meaning to her life. However Stefan also meets a tragic fate in a duel in which he becomes involved with her husband. Music is lethal rather than beneficent to the unlucky pair of lovers.

Flamenco had long been considered a trouble-brewing art due to its famed excessiveness, when the work of Federico García Lorca prompted a reassessment of its nature and value. This paper will explore the ways in which Lorca’s 1930 conference entitled Jeu et théorie du duende leads us to reconsider the impact of such ‘trouble’ by showing that it is a necessary step if one’s performance is to reach its climax, also called duende and supposedly a sign of ‘perfection’. The trouble is at once epistemological, aesthetic and moral. It is notoriously difficult for our systems of thought to deal with the duende, often deemed unspeakable and untranslatable; such difficulty echoes with the life-altering experience of a dancer reaching the height of his performance, and perhaps delivering an expression of moral suffering, either individual or collective.

In his late novel La Mise à mort, published in 1965, Louis Aragon grants a fundamental importance to the voice, which is on the one hand a musical element (or instrument), and, on the other hand, a source of discourse – and therefore, of literature. Those lines of research will both guide the main steps of this article’s demonstration, to show, first of all, that Aragon uses music as a structural model for his novel; secondly, that this novel explicitly and voluntarily gives way the traditional fictional model, and ergo crumbles, as it cannot stand on mimesis, linear construction and referential illusion anymore, and also that the incorporation of music is perceived as a strategy to unfold the novel’s crisis; thirdly, that music and the Feminine are deeply intertwined, even rooted together, and they both cannot be said or owned by any of the language means; and finally, that music and love lead inevitably to silence, confusion and madness. The mythic figures of the Sirens, those enchanting creatures that used to lead Ulysses’ sailors to their death, will serve as an extended metaphor to illustrate the trajectory of both the narrator of La Mise à mort and the progression of the novel in itself. Since musical and verbal languages are deeply heterogeneous, even incompatible, there is no real way that music can incorporate the novel, but one: the digression that music allows the novelist to acknowledge that literature and, therefore, any kind of novel there is, are after all made of words, thus works of language.

Literature sometimes questions the harmful impact of music, in so far as it generates intense emotions and often relates to a universe made of passions or dreams. The three works of the corpus all rely on a similar plot based on the sudden arrival of a character (a musician) who disrupts the unity of a couple. Music reactivates a buried past and appears as the triggering element of the drama that unfolds, observed from a distance, and thus offers something like a lateral look on a destabilization process whose inescapable dimension is revealed by the structure of the text.

Misunderstanding directs this look towards the place of loss music becomes. The emotional universe it embodies triggers jealousy – sometimes mixed with delirium – or, on the contrary, a blinding that never deletes the feeling of exclusion experienced by characters painfully rejected to the borders of an art perceived as dangerous. Thus, this symbolics of evil can be explained: it is suggested by several networks of metaphors – such as those that link the pathological dimension of musical passion to lethal addictions, or show musicians as devilish or damned creatures.

The article is devoted to the Romantic reception of Carl Maria Weber’s opera Der Freischütz. It analyzes a selection of critical and literary works by Théophile Gautier, Heinrich Heine and Hector Berlioz referring to Weber’s opera. The aim of the article is not so much to trace the historical reception of the German composer’s work as to find answers to two questions: first, which aspects of the opera attracted particular attention from these specific authors? Second, what innovatory, atypical literary solutions were inspired by the aesthetics of Weber’s opera? Our analysis aims to show that the work’s influence on all the senses of the recipient, its heterogeneous, fragmentary construction, and finally the proposed exploration of the main character’s unconsciousness were the traits which particularly fostered both the imagination and the literary technique of Gautier, Heine and Berlioz. 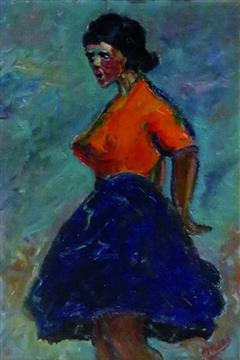 “Effeminates”, “transgenders”, “bisexuals”, sex addicts and drunkards are some the terms used in reference to the musician-singers of the first five centuries of Islam (6th to 10th) with whom Kitab-al-Aghani: The Book of Songs, the most complete book ever compiled on the subject of Arabic songs and music, is concerned. In addition to the mentioned transgressions, these singers did not miss any opportunities to make blasphemous comments on Islam or its holy book, the Koran. Many of them were self-proclaimed disciples of Satan or Iblīs, the greatest enemy of the faithful, and claimed that the source of Evil himself inspired their music and songs. Although the majority of the singers who insulted religion fell between the cracks, many paid a dear price. Some even put their lives at stake. Indeed, these «evil» marginalized and «anti-system» musicians had regularly been persecuted, exiled, castrated and even executed according to on the Caliphate decree.

This study shall analyze the depiction of these extraordinary people, who while marginalized, occupied the center of entertainment in the medieval Arab high society as well as the literature of the time.

During the 17th and 18th centuries, there were very few devils in opera, and the conceptions of the underworld had their origins in Greek and Latin antiquity. The growing interest of the Romanticists in popular legends, fairy tales etc. (together with the reception of Milton’s Paradise Lost) is the reason why librettists and opera composers discovered the Christian demons. At first, they were dangerous and dreadful creatures. At the very beginning of the 20th century, there were a lot of comic devils outsmarted by their human antagonists, taken mostly from folktales. In operettas, the devil was mainly a personification of sexual desire, synonymous with Amor or Cupido. In the 20th century, folktales are less important sources for operas, and we find, therefore, fewer comic devils. Librettists rather seek their inspiration in literary works. Devils as Mephistopheles are always present on stage, but we also find representations of the impersonal, unindividualized power of Evil.

This article discusses how the Schola Cantorum – a major French musical institution of the early twentieth century – produces a range of speech to condemn, to demonize, and more specifically to disqualify aesthetically and morally the music-hall song. This disqualification campaign, which is underpinned by reactionary political logics, responds to a valuation of the rural traditional folk song.