This paper deals with three of the musical comedies / operettas written and composed by Noël Coward. All the three recall the times before the First World War with a „particular mood of seminostalgic sentiment“.

Bitter Sweeet (1929) called a „romantic operette“, might be inspired by Die Fledermaus, or the musical Show Boat. The rather unreal story is meant to be allegoric, and to prove the eternal power of love. Fifty-four after the main events, a new generation enjoying charleston and jazz is not able to understand the old story.

Conversation Piece (1934) was planned to highlight the French singer Yvonne Printemps (there is a number of passages spoken or sung in French). Coward glorifies the regency of the future king George IV (1811). Like in many operettas, there is a conventional happy ending that might be unterstood ironically.

Operette (1938) was written for Fritzi Massary, the former queen of operetta at Vienna and Berlin. Coward himself later criticized his work rather harshly. It is true that the story, with a play within the play, is not very clear. Although Massary was too old to represent the traditional operetta heroine, Coward did not look for a new type of story (like Oscar Straus and Alfred Grünwald, for instance), but followed the classical patterns. His plays prove to be the products of a Late Period: operettas about operettas.

Within ten years of the First World War, the theatrical landscape in Great Britain is radically transformed. New actors appear on the London stage, among which at least three hundred groups of « lefty theatre » play an important part. In this context emerges, in 1931, the Group Theatre, a quite radical multidisciplinary team, or « a creative theatre in which collaboration among directors, actors, designers, musicians and others would lead to a new sort of expression unknown in English theatre at that time », as it is defined by the painter and stage designer Robert Medley.

Created in 1934, their musical and theatrical ballet The Dance of Death illustrates this new aesthetic trend which re-invents the tradition of musical comedy in a very political way: poetry, music, song and dance are tools for acting, and for mixing epic (with brechtian Verfremdung Effekt) and lyrical forms. Furthermore, in the midst of all the artistic experiments of the 1930s in Europe, mostly known through the famous duos Brecht & Weill, or Meyerhold & Prokoviev, this ballet introduces the audience to a new kind of artistic collaboration: the original trio formed by the writer W.H. Auden, the composer Herbert Murrill, and the choreographer Rupert Doone.

My Fair Lady, the 1956 musical Broadway by librettist Alan Jay Lerner and composer Frederick Loewe long held the world record of consecutive performances either on Broadway and London. It is based on George Bernard Shaw’s Pygmalion which reworks Ovid’s tale with a twist. The play’s conclusion immediately created a controversy between Shaw and his performers as they shifted it towards a fairy tale happy ending, the marriage of Eliza and Professor Higgins, despite Shaw’s repeated protests. This paper examines how Anthony Asquith’s 1938 Pygmalion, based on Shaw’s own scenario, the ,Broadway musical‘ and George Cukor’s 1964 film version of the musical all work towards that happy ending. Moreover, this paper seeks to show that while My Fair Lady abides by the criteria of a Broadway musical, it provides enough musical elements inherited from Gilbert and Sullivan’s Savoy Operas and images of the British context to make it enjoyable to both American and British audiences.

Andrew Lloyd Webber and Tim Rice’s Jesus Christ Superstar has had many faces throughout the early nineteen-seventies. It started as a rock opera in 1970, then it became a musical premiered on Broadway in 1971 before being released as a film in 1973. Each version attracted criticism from people who found them blasphemous. Their biblical subject dealing with the last days of Christ is indeed tackled from a new perspective which some believers may have found upsetting. The aim of this article is thus to study the genesis of Jesus Christ Superstar, the reception of its various versions, Tim Rice’s rewriting of the Bible as well as Lloyd Webber’s multifaceted musical approach to the setting of Rice’s book.

Practically from the onset, Gaston Leroux’s Le Fantôme de l’Opéra has attracted the interest of global popular culture. The first silent film adaptation was made in Hollywood in 1925, opening the floodgates to a plethora of subsequent reworkings of the novel for stage and screen. The present article attempts to trace the entanglement of these adaptations with the musical culture, that is allusions to classical operatic works as well as popular music genres. Both aspects of musical adaptations of The Phantom are best exemplified by the phenomenally successful musical by Andrew Lloyd Webber (1986), which juxtaposes parody of classical opera with the appreciation of “high-pop” style typical of modern West End theatre. Furthermore, a curious web of motifs and borrowings connects Lloyd Webber’s show not only with Leroux’s novel, but also with its film versions, thus creating a complex narrative structure. Lastly, the Phantom’s international fame is discussed in reference to the musical’s rather offhanded treatment of the French culture and history - as a case of cultural appropriation. It appears that the return of the Phantom to Paris may occur largely through the English-language adaptations. 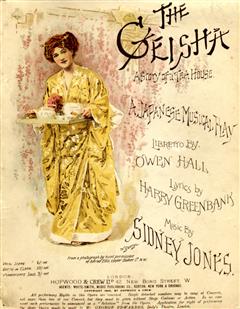 On posters and flyers, even to-day on its 30th birthday, Tony Roper’s The Steamie is announced as a popular Scottish « Hilarious Comedy ». In this work, we propose to redefine its genre and call it a « musical comedy » through the study of its diverse rhyzomic roots, subtext and multiple allusions and comments on the famous, immortal, and highly celebrated Hollywood musical and stars.

Stephen Daldry’s movie Billy Elliot (2000), based on a scenario by Lee Hall, displays a heterogeneous mixture of musical genres including songs by T. Rex or Stephen Gately as well as extracts from Swan Lake. The international success of this touching story, in which a young British boy, to his father and brother’s horror, prefers dancing to boxing, led to the creation of a stage version in two acts, first performed in London at the Victorian Palace Theatre in 2005. Entrusted to the same director and scriptwriter, the new version contains new lyrics set by Sir Elton John. It emphasizes the social problems of the mining community in the days of Margaret Thatcher, a character harshly caricatured and laughed at in the musical (« Merry Christmas, Maggie Thatcher »). The story also highlights the young dancer’s individual quest (« Expressing yourself »).

The minors, who learn how to be united against adversity, fight for their survival but also for their families and colleagues, in an endless strike. “Solidarity” is the main word of their action, in a world widely dominated by men and by a “masculine” way of thinking. Although incomprehension initially reigns as regards Billy’s choice, the boy’s father gradually understands that his son can make it to the top (« He could be a star »). He eventually decides to get back to work despite the convictions of his companions, who generously contribute to the fees for a prestigious dancing-school. “Solidarity” thus becomes a way of favouring an individual quest dominated by courage, work, will, passion and perseverance.